the decentralized web will need a computing component.

Anyone can use Golem:

of computing power
(demand side of the market)

of computing power
(supply side of the market)

In the long run, IBM's biggest role in the evolution of the personal computer was to establish the de facto standard for hardware architecture amongst a wide range of manufacturers.

IBM's pricing was undercut to the point where IBM was no longer the significant force in development, leaving only the PC standard they had established.

Emerging as the dominant force from this battle amongst hardware manufacturers who were vying for market share was the software company Microsoft that provided the operating system and utilities to all PCs across the board, whether authentic IBM machines or the PC clones.

so, what Really matters:

software which takes advantage of the standard.

hardware alone does not matter

of computing power
(demand side of the market)

of computing power
(supply side of the market)

The Golem network is established by nodes running Golem App.

Every node can be both a requester and a provider of computing power.

Transaction system is based on smart contracts in Ethereum.

Golem will create a global prosumer market for computing power based on unutilized resources of individual PCs. The idea is similar to prosumer electricity market.

Golem will give software developers powerful distribution channel by allowing simple integration with the network.

DO YOU WANT TO INTEGRATE WITH GOLEM?

DECENTRALIZED and secure way to integrate with golem network:

Golem will introduce a state-of-the-art, Ethereum based trading platform to instantaneously validate and clear transactions between all actors involved.

Developer will be able to define own reward mechanisms, as long as they are compliant with transaction framework.

DO YOU WANT TO INTEGRATE WITH GOLEM?

IF YOU WANT TO RENT OUT YOUR COMPUTER ...

... all you have to do is install the Golem App, let it work in the background and earn you real money.

IF YOU WANT GOLEM TO COMPUTE YOUR RENDERING TASKS ...

... the Golem App will guide you through the entire process, offering user experience superior to existing rendering farms. 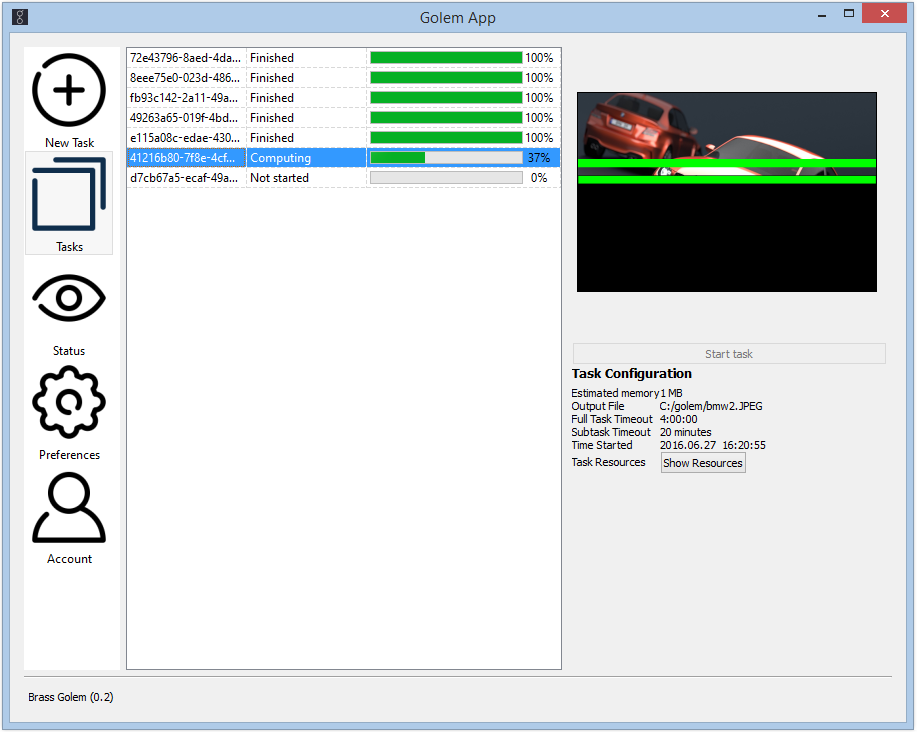 This is screen from alpha version. Join our testnet if you want to try it. 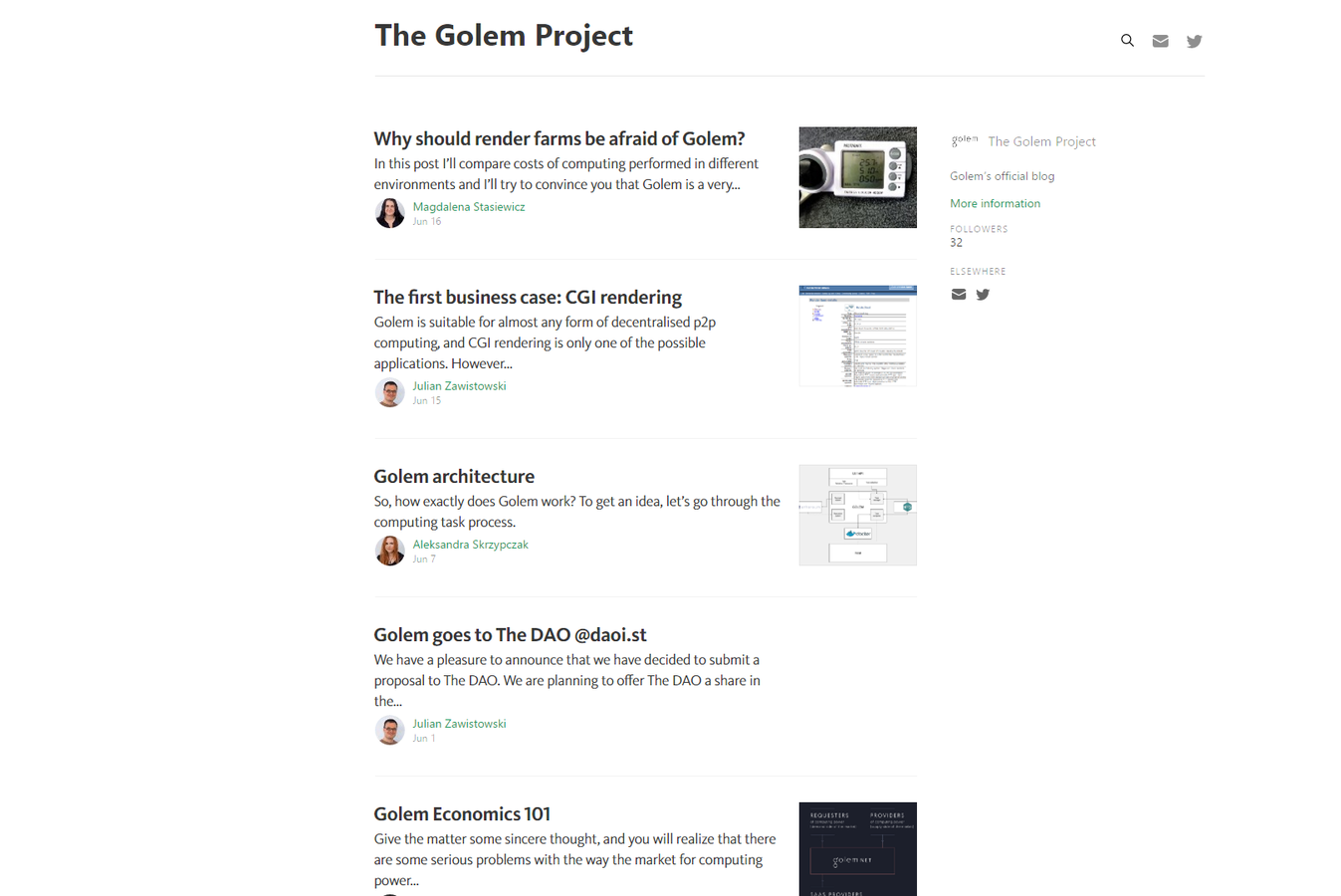 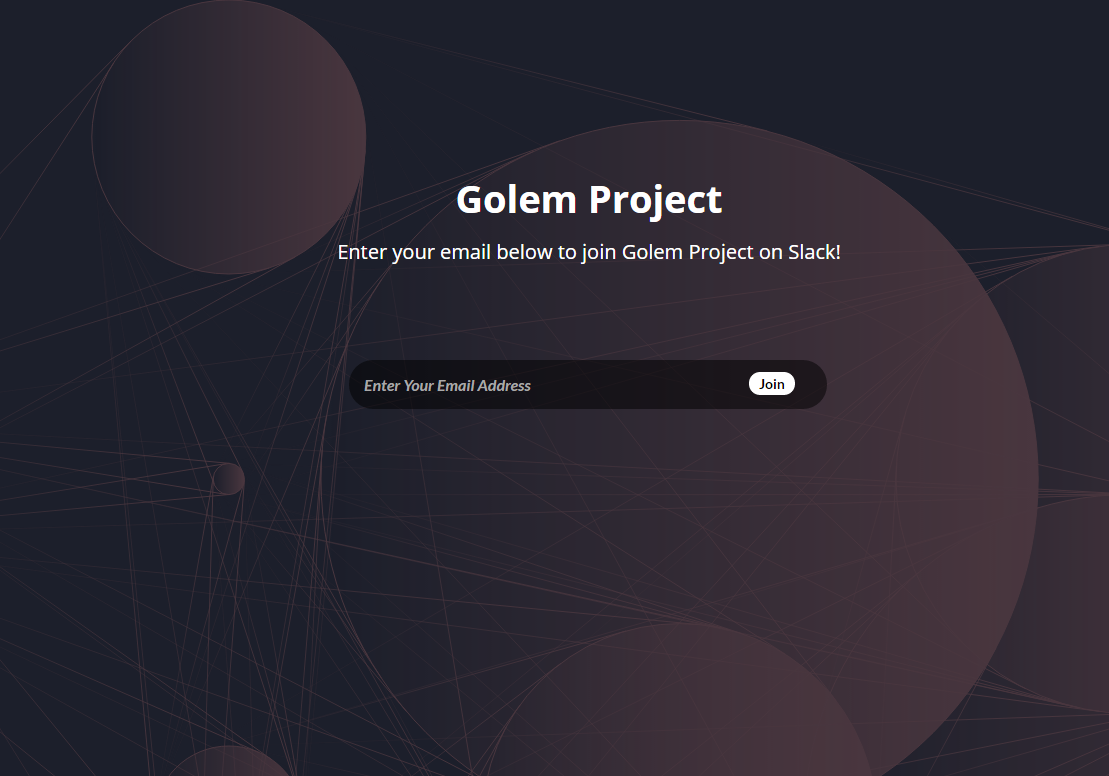 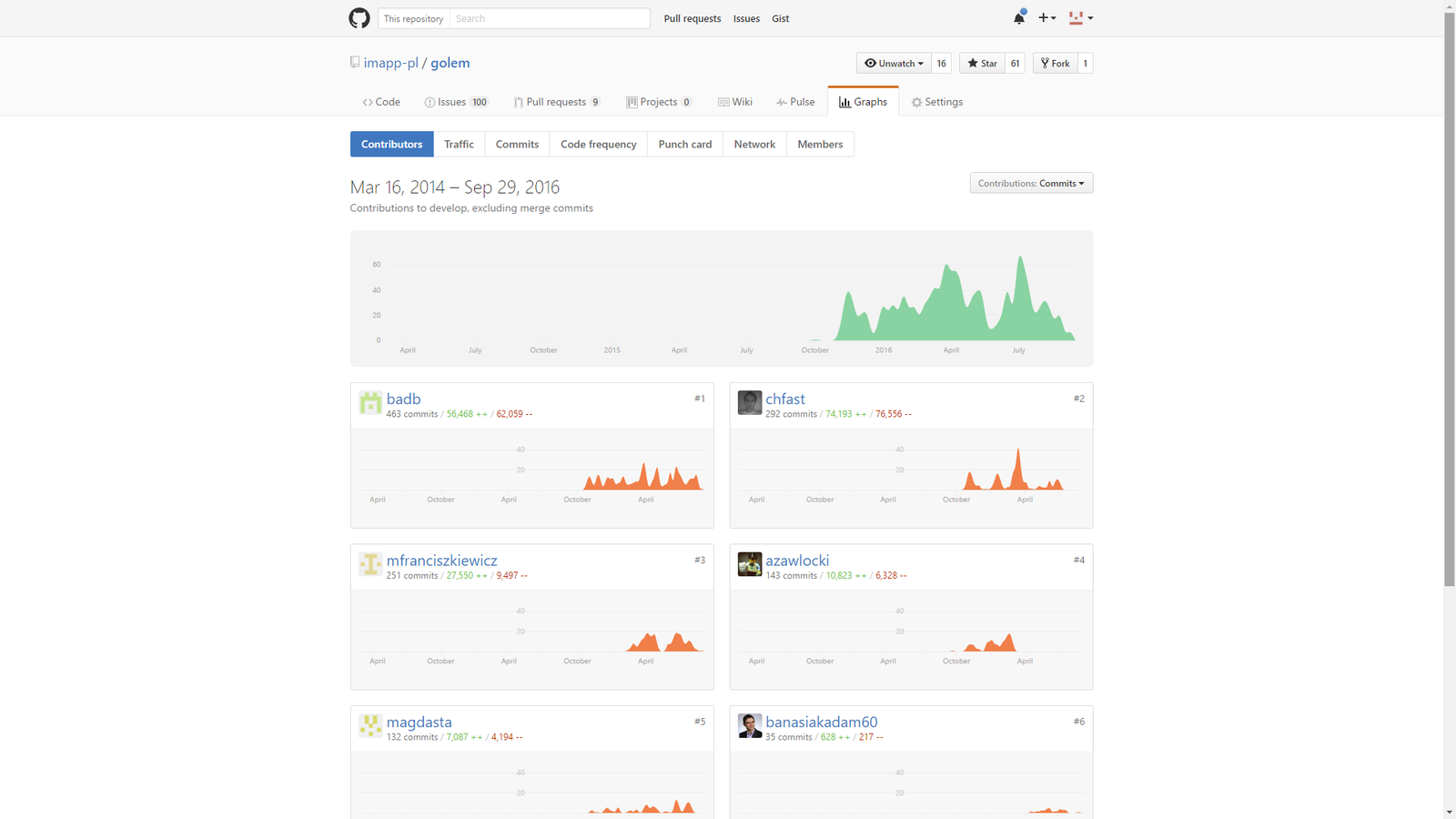 We know how to create

Do you want to do it with us?

By The Golem Project

More from The Golem Project